• HPE has discontinued marketing and development of its IoT platform.

• HPE is instead moving forward in supporting IoT deployments with infrastructure and consulting, working directly with customers as well as third-party SIs and platform providers.

HPE was in Berlin this week as a primary sponsor at Industry of Things World 2019, a hands-on conference focused on industrial IoT and digital transformation for enterprises.

Despite the clear importance of IoT to HPE’s strategy, HPE Universal IoT Platform, which the company had been promoting aggressively for a few years since its launch in 2016, has been discontinued (although it is maintained in a few deployments where it is still being used). HPE found market requirements to be so diverse that attempting to provide a horizontal solution across all sectors and use cases won’t resonate with enough customers to make it worth it. Key industrial verticals – for example automotive manufacturing, which represents a large market opportunity for IIoT – expect a vertical template, and HPE never had much traction with its platform in manufacturing. With its origins in telco OSS/BSS systems, HPE’s solutions have worked well with large scale smart city deployments, although it found adding connectivity to devices challenging. END_OF_DOCUMENT_TOKEN_TO_BE_REPLACED

SD-WAN is not new; it has been around in the market globally for several years, offered by various providers such as carriers, system integrators and value-added resellers. The ecosystem is maturing, with a growing number of vendors and new capabilities having been developed (e.g., multi-vendor interworking, overlay-underlay integration, more virtual network services, network-cloud convergence). However, the market is only beginning to gain momentum in Malaysia. Telekom Malaysia (TM), the fixed-line incumbent provider in the country, launched the service in November last year, offering its customers two vendor options. The provider has not been aggressive in the market with its SD-WAN services due to the risk of losing its business from the legacy data services (e.g., IP VPN, Ethernet, Dedicated Internet) as well as the lack of competition. While there are smaller telcos, value-added reseller and system integrators such as RedTone, ViewQwest, Netpoleon, LNS and BreitKom in the market, its major competitor – Maxis – only launched SD-WAN last month, while Time has yet to offer the service. END_OF_DOCUMENT_TOKEN_TO_BE_REPLACED

It seems like a pretty modest news item at first glance, a deal between a smaller German challenger in the IT and connectivity space and a specialist energy provider. Q-loud is the IoT unit of QSC AG, a business-oriented network operator and system integrator which has recently shifted its strategy away from traditional telco services for SMEs toward digital opportunities. The largest telcos in Europe, of course, are doing the same, trying to build new platform-based businesses. Some have made multiple acquisitions to get there (Orange invested EUR 1 billion in such acquisitions in 14 months), while the smaller QSC has taken a different approach: selling off a significant part of its telco assets to reinvest the proceeds in digital (the sale of subsidiary PlusNet earlier this year to EnBW Telekommunikation for EUR 229 million euros is funding development of its cloud and IoT businesses). END_OF_DOCUMENT_TOKEN_TO_BE_REPLACED

Verizon’s 5G analyst event on September 4 at the operator’s Innovation Lab in Waltham, MA combined a presentation by Senior Vice President for Enterprise Innovation and 5G Solutions Toby Redshaw with a series of demos of 5G enterprise-focused applications. The event was aimed at giving analysts an updated perspective on Verizon’s approach to the market and showing that 5G applications are truly different from 4G applications due to the capabilities of the new network to support higher bandwidth, immersive experiences, and low latency. END_OF_DOCUMENT_TOKEN_TO_BE_REPLACED

• IBM is poised to grow its cloud services business by helping customers to accelerate their migration of mission-critical applications to the cloud.

• IBM brings a lot of value by helping customers remove complexities in their cloud migration; and avoiding vendor lock-in through an open source, hybrid cloud and multi-cloud strategy.

IBM held its annual analyst event – IBM Asia-Pacific 2019 Analyst Insights – in August 2019. The event was held in Singapore and coincided with THINK Singapore 2019, which was the first THINK event in the country. The THINK event helped IBM showcase its capabilities to customers in the country as it starts to ramp up customer engagement. Over the past few years, companies have experimented with AI and moved non-critical workloads to the cloud. IBM now advocates moving from experimentation to more substantial transformation to gain speed and scale. This will involve moving mission-critical applications (80% are still kept on-premises) to the cloud for scalability and agility. While this is ideal, to benefit from cloud-native features, enterprises need to deal with many layers of complexity ranging from regulations and compliance through to re-architecting legacy systems, security considerations, underlying infrastructure, and change management (people and processes). END_OF_DOCUMENT_TOKEN_TO_BE_REPLACED

• Managing technology change is more than just about the technology, it’s about business practices as well.

• Stagnation of technology leads to technological debt, which costs more than money to fix.

Far longer ago than I’m willing to admit, I worked for a now-defunct retail organization in IT. That organization prided itself on two things, its ability to fulfill business needs to a high standard without relying on external vendors or organizations, and its ability to extend the life of arguably ancient IT systems. Massive technological debt was accrued, all with the best of intentions.
END_OF_DOCUMENT_TOKEN_TO_BE_REPLACED 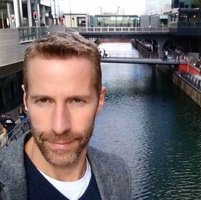 • Azure VMware Solutions forms part of VMware’s push to offer its customers a hybrid cloud option with all of the major cloud providers.

Amid the inundation of announcements and discussions at last week’s VMworld conference in San Francisco, one piece of news that received comparatively less coverage related to Azure VMware Solutions, a hybrid cloud offering from VMware and Microsoft Azure. Already generally available in some U.S. regions, it was revealed at VMworld that by Q1 2020 Azure VMware Solutions would be offered in eight global regions and would include Azure NetApp Files as an option for storage-intensive workloads. END_OF_DOCUMENT_TOKEN_TO_BE_REPLACED

Recent months have seen growing interest and investment in more flexible consumption solutions for on-premises IT, including pay-per-use offerings, vendor-managed private clouds, and flexible financing for on-premises IT investments. IT vendors ranging from HPE, Dell EMC, and Lenovo to IBM, Cisco, and NetApp are all looking to tap into what they see as growing enterprise demand for more flexible ways of consuming on-premises IT. Public cloud providers, including AWS, Microsoft, Oracle, and Alibaba, are also honing in on this emerging need for more adaptable IT delivery and contracting models with managed (or easy-to-manage) on-premises versions of their platforms. END_OF_DOCUMENT_TOKEN_TO_BE_REPLACED

• Over the past year, changes in the market have led to changes in GlobalData’s rankings of the top ten enterprise IoT platforms.

• While SAP leads the pack, IBM, PTC and AWS are close behind; each vendor has added capabilities. Analytics, edge processing, go-to-market plans, and integration with other elements of vendors’ portfolios contributed to higher scores.

Over the last 12 months, the enterprise IoT platform market has evolved; new capabilities were added by vendors, new partnerships established, changes were made in go-to-market strategies, and some vendors have largely dropped out of contention. The most significant example of such a change in direction was GE’s decision to sell off its Digital division last year, which included its Predix IoT platform, in spite of the fact that it was considered a strong contender in the manufacturing sector. For this reason we have eliminated GE from our analysis. END_OF_DOCUMENT_TOKEN_TO_BE_REPLACED