I have had several conversations that started with the question of whether continued investment in 802.11n platforms was wise given the pending standardization of 802.11ac and the benefits which it will bring (in late 2012/early 2013).  Since the standard is not yet fully ratified and endorsed, there has been no  guarantee that the fully ratified specification will be supported by an enterprise vendor… until now.  Cisco had announced that the Aironet 3600 access point would be eligible for a tool-less module upgrade (which simply snaps in and is secured with two thumbscrews on the back) in early 2013 (release date: TBD) that would allow customers to take advantage of the 802.11n features the AP possesses today while ensuring investment protection for a forward-looking upgrade to 802.11ac.  Now, this module is not free of course, and as of the time of this writing, it had a suggested retail around $500 (potentially subject to change); however, given the access point’s suggested retail of around $1,500 and the module SRP of $500, each access point would have a CapEx of $2,000 (list) and provide for a simple evolution from 11n to 11ac.

With the bandwidth and frequency demands being placed on today’s enterprise campus, many enterprises are forced to look at upgrades and make a choice regarding whether to invest further in 802.11n, which may be outmoded once 11ac becomes commercially prevalent and available, or to hold out with an architecture that may only have an additional two to three-year lifespan.  Certainly, Cisco’s access point is priced at a premium in the 802.11n space; however, given that it has a future into 802.11ac and commands a fairly robust feature set with advanced security, Cisco’s own CleanAir technology, and more, the price point begins to look more and more attractive.  In addition, for any enterprise vexed at the decision to wait for 11ac or go with 11n, Cisco has offered the only option on the market today (though, this blog may spark response and competitor announcements).

My question to you is whether this changes your WLAN deployment plans.  This should remove one of the larger inhibitors that I have heard in the last six months, and if that was the only one in the way of a sorely overdue WLAN investment, it may be worth a conversation at least. 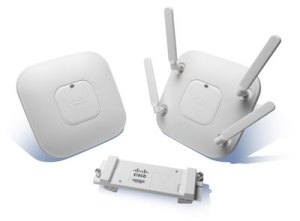 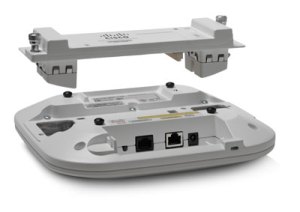